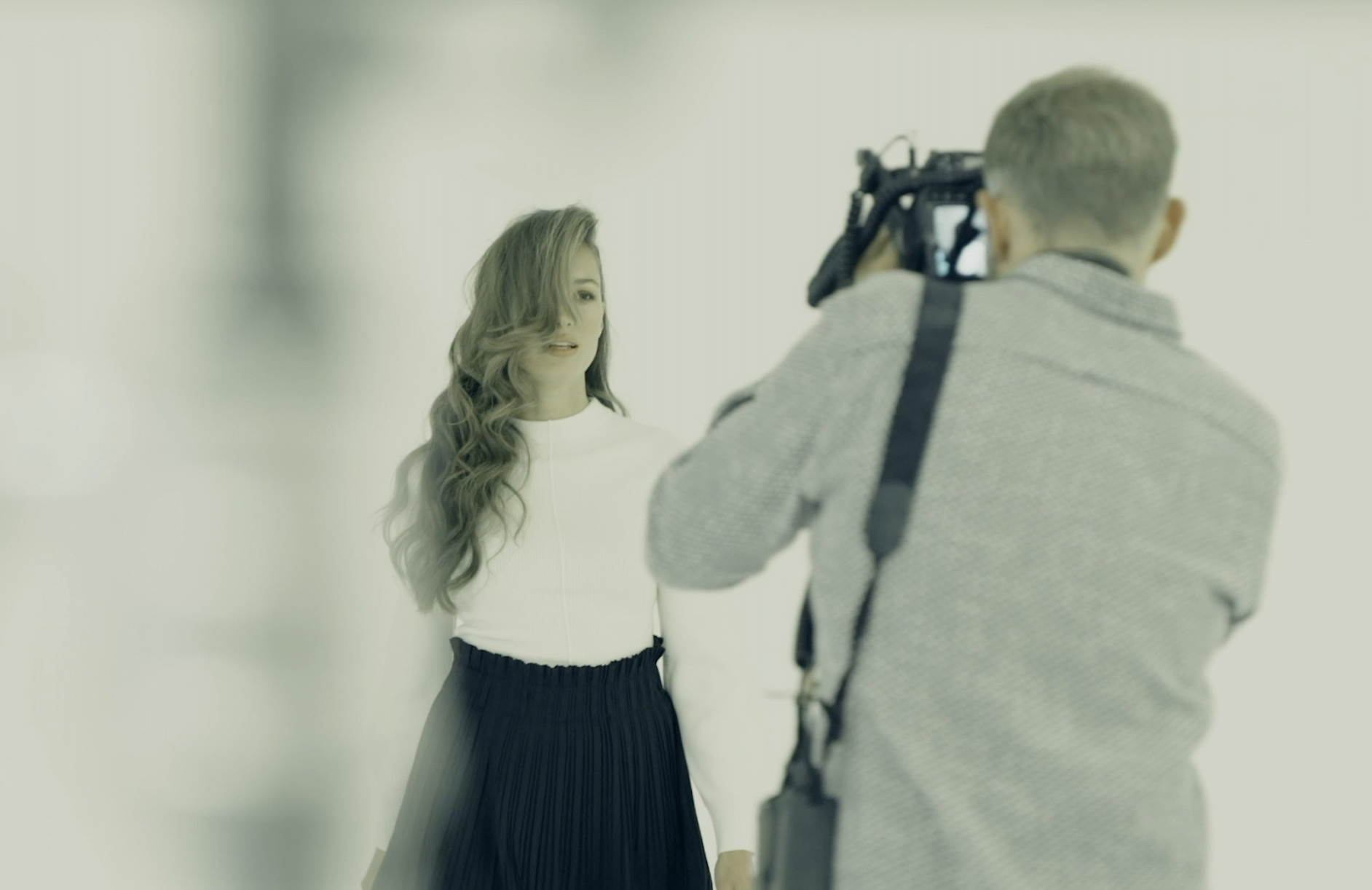 With London Fashion Week 2019 drawing to a close, the internet and our social media feeds have been awash with all sorts of digital content from the catwalks. At Sledge, we’ve had our fair share of fashion videography experience, notably with our client Creative Head Magazine, which involves covering the intricacies of hair styling, makeup and wardrobe styling. So, what are our fashion videography top tips?

Choosing the right camera can make your work more versatile. If your shoot is going to be fast and dynamic with lots of different looks, you won’t want a big, heavy camera that’s hard to move and makes changing the setup time consuming. For example, on our fashion shoots, we often capture up to eight different looks, including hair prep, makeup, styling, behind the scenes and finally some video-specific content.

This requires a flexible camera setup. Our weapon of choice for the main camera is often a Sony 35mm such as the FS7 or FS5, and the full frame Sony A7S ii for the secondary camera. These are quick to set up and easy to work with, allow us to shoot up to 4K resolution and in a great codec that allows for flexible colour grading.

Light for the mood of the shoot and the type of ‘product’ you’re shooting. In our case, when shooting for a hair magazine, we use soft LED lights. The light wraps around the model’s hair in a less harsh way and provides a more subtle lighting solution and look. Using harsher Fresnel spotlights can often be too hard, and it offers less ‘on the fly’ control. With the Kino Flo LED lights we use at Sledge, we can control the colour temperature and brightness at the touch of a button, with no need for gels and diffusion paper.

Choose an appropriate location and use it to your advantage. Think about when and where you want to shoot. Interior or exterior? Studio or purpose location? Day or night? Do you want it to match or contrast with the product?

If you’re shooting something more edgy, go for a more industrial setting. If it’s something modern and clean cut, then a white studio with an infinity wall can work well.

Use the location to your advantage

How can you get the most out of your location? On a recent shoot, we were filming in front of a white infinity wall to capture the photographer in action for a behind-the-scenes look at the shoot. But to differentiate, we filmed the ‘video’ segment in front of a large metal loading bay door. This provided an edgy and industrial look, which was in contrast to the clean white backdrop. The difference helped us to segment the narrative.

The colour grade is key to the final look of the film. Often you want your colour palate to compliment the clothing or looks. For example, if you are shooting a modern look, you would allow for more blue tones to bleed through in the colour grade. Black and white can be good to differentiate sections of the film. We often use black and white to indicate behind the scenes segments, e.g. footage of the photographer in action or hair prep.

Music will set the pace and inform the mood of your film. It’s important to consider the tempo, style and genre of music when shooting for fashion. Often we use a laidback electronic sound to compliment slow motion shots, which still gives us a consistent beat to cut the footage to in the edit.

The Sledge video department are always here to help – so if you have a project to talk about, get in touch Hello@sledge.co.uk