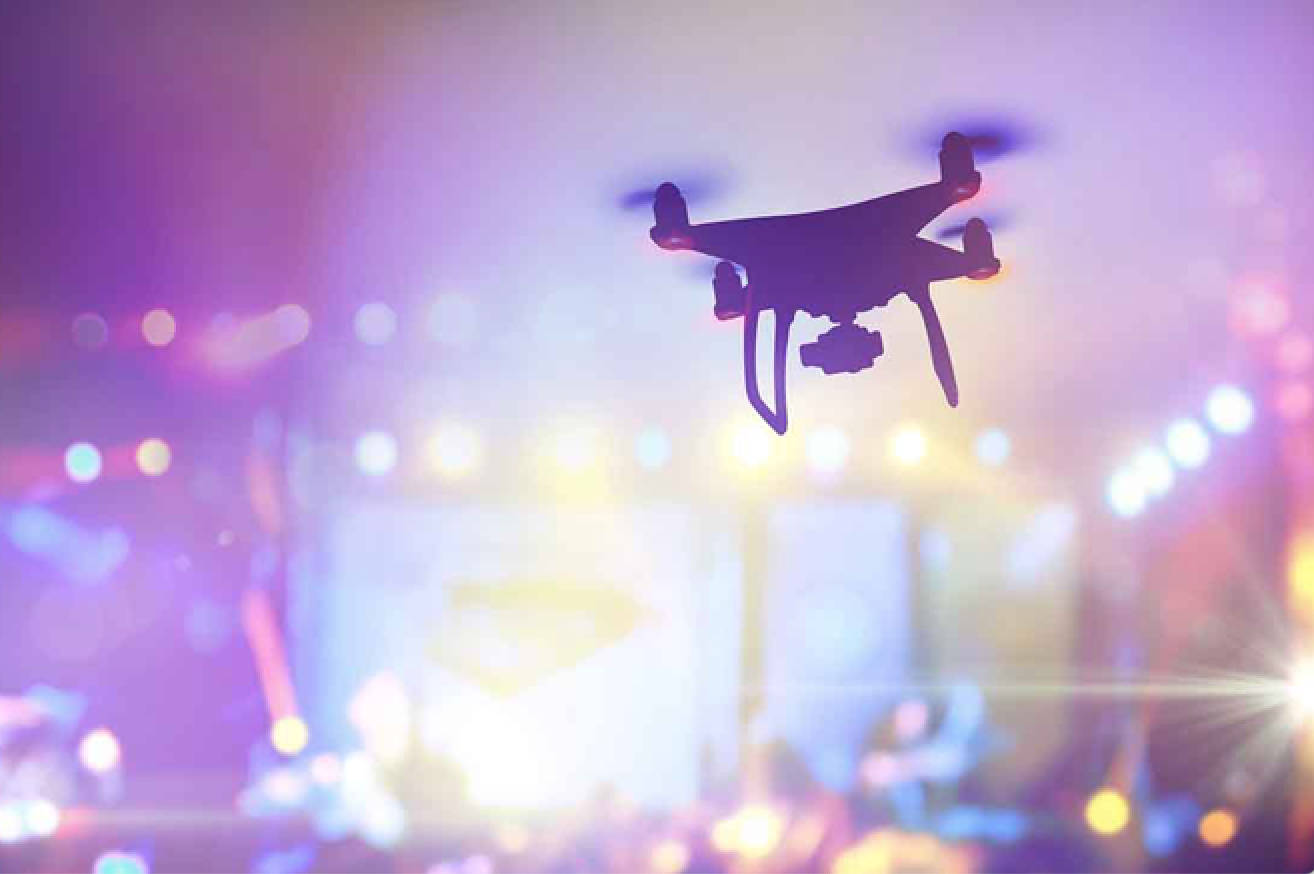 Consumer, prosumer and professional. Small, medium and large. HD, 4K and 8K. Drones are a flexible and diverse tool that has no doubt changed the landscape of modern filmmaking.

Drones first served a purpose as a cost-effective alternative to using helicopters for aerial shots. Effectively, they were remote octocopters with a big camera strapped to them. But this technology continues to develop year-on-year, and is providing filmmakers with an ever more sophisticated means to capture stunning aerial shots of landscapes, cityscapes or action scenes. With better cameras, longer battery life, improved Artificial Intelligence/software, the drone has become an essential in the modern filmmaker’s toolkit.

Drones bring us closer to the action. They can withstand hotter temperatures, wetter conditions and harsher flying. As a result, filmmakers can now achieve dynamic shots, such as fast-swooping car chases, or close up panning shots of a building that a helicopter couldn’t fly near to. Even in live broadcasting, drones are used to deliver 4K footage, as they are relatively silent and go unnoticed compared to a helicopter.

An example of this was the use of drones in the 2019 Cricket World Cup. The drone which was used has a range of up to 400 feet, is drizzle proof and can carry a large digital cinema camera such as the Arri Alexa Mini – a no brainer for capturing stunning aerial stadium footage, without distracting the audience.

Of course, drones can be successfully used to shoot events and live experiences. Much like the Cricket World Cup, a drone could be used at a festival or outdoor event with a large screen. These scenarios are perfect for drone usage, where footage could be used in a highlights film or even shown live on the big screen TX. They provide the audience with a greater dimensional view and allow us to get shots that wouldn’t have been attainable previously.

Drones are both a technical and creative tool, and in the ever-evolving film landscape, we’re excited to see how they develop further and how we can use them on our own projects.

The Sledge video department are always here to help – so if you have a project to talk about, get in touch Hello@sledge.co.uk