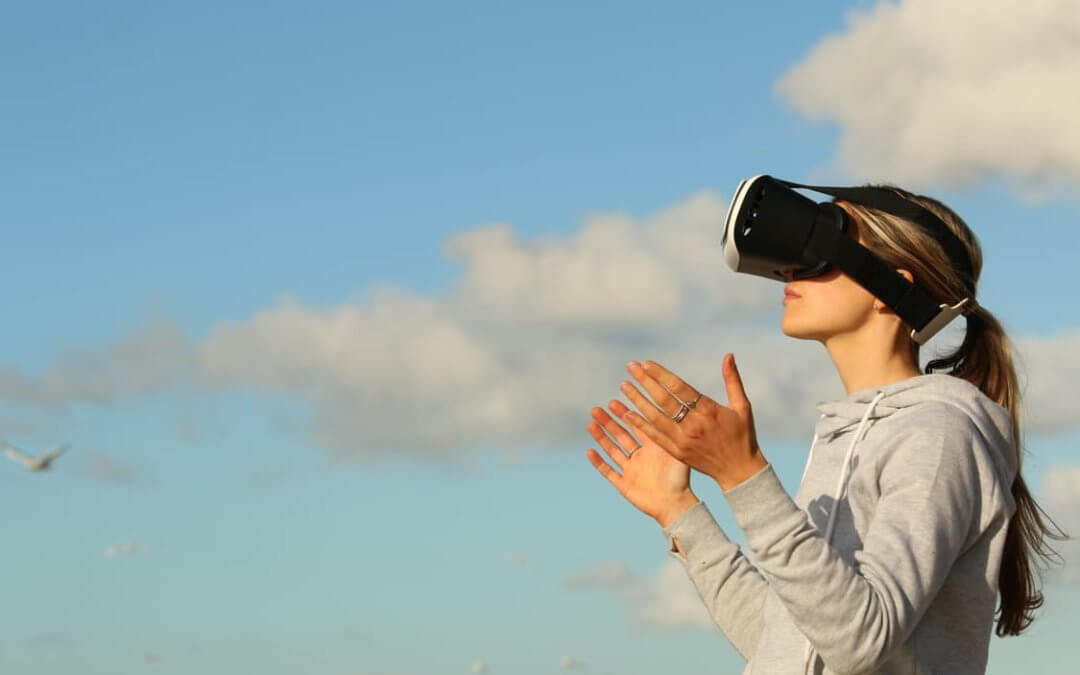 It seems like a long time ago when I had my first taste of VR gaming at an amusement arcade in the Trocadero playing the first iterations of 3d games, as seen here in this report from 1991.

It wasn’t particularly impressive but it seemed the nation was gripped and ready for the full VR onslaught. It never came…unless you count the ridiculous Nintendo Virtual Boy in 1995 and I for one don’t’!!

Computers were advancing rapidly and technology was moving quicker than ever but despite the promise of immediately being plunged into the world of virtual reality we then had to wait another 25 years before things started getting exciting again.

In the last few years there has been a feeding frenzy of new technology from high-tech iterations such as Oculus rift (Facebook purchased them for a reported $2billion in 2014) , right down to Google’s own ‘Cardboard’ , which allows anyone with £3.99 and an I-phone to start exploring some of the new 3d realms.

With video game producers now fully adopting this technology and the computing power finally up to speed it seems like things are about to get exciting……. again.

One example is a Salt Lake City based company , The Void, who are claiming they hold the future of VR gaming experiences .To quote them ‘THE VOID is limitless magic in a cinematic VR experience. At THE VOID you take a literal step into new dimensions and experience worlds without limits. From fighting intergalactic wars on alien planets, to casting spells in the darkest of dungeons, THE VOID presents the fully-realized future of entertainment and more. Our integrated Virtual-Reality technologies and stagecraft allow you to see, move and feel our dimensions of imagination in a completely immersive and realistic way. More than watching a movie or playing a game … in THE VOID you will live an adventure.’

It does look VERY impressive and achieves a level of immersion only dreamt of before by cleverly weaving good storytelling, VR and 4th dimensional effects into a multi-player experience. Gaming on steroids basically.

Closer to home in London, events like Virtually Dead are starting to pop up. A combination of experiential theatre , twinned carefully with the VR platform bringing stagecraft and gaming into complete alignment as you are thrown into the middle of a zombie apocalypse. Not one for the faint hearted for sure!

Whether its extreme sports, interactive immersive gaming, educational application, next generation theatrics or even VR gambling experiences. It seems there is something for everyone. This is before we add in the real world applications for medical and military that are changing the way people train for situations where failure in the real world can not be an option.

Also VR for brands now shows a great deal of promise with certain experts believing that brands will very quickly evolve into VR experiences and that despite the perceived failings of technology like Google Glass, the market is still wide open for a successful play into the business market for multiple users working together in environments where they can share and collaborate.

It seems VR is here to stay this time with the practical applications finally matched up with the technological power and a will to support it. Some people will always seem to have less time for it though, as witnessed by this quote from technology investment guru Peter Thiel ‘Reality always works better than any fake version of it.’